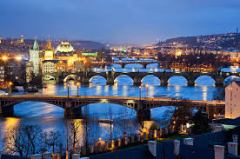 Independent cinemas across Europe gathered in Prague for the first Europa Cinemas conference as a 100% digital network. SampoMedia’s Michael Gubbins worked on the agenda and chaired the event and here considers the conclusions.

More recently, the sector has been criticised in some quarters as protectionist and defensive, holding back the emergence of digital platforms through insistence on an exclusive release window.

The industry debate about the efficacy of flexible release models will continue but the issue raises a series of vital questions:

Is cinema now just another exploitation platform? Unique in its way but not necessarily more important to film and film audiences than any of the emerging video-on-demand services.

And how will digitised cinemas fit into a new consumer-driven, always-on, on-demand environment?

Perhaps, the question should be how do you fit in, because there is no hint of futurism in the enquiry: The technologies, consumer habits and economic infrastructure may need to mature but there are now clear digital facts of life. Chief among them is that cinemas operate in an unprecedented world of choice. Any time, any place access is now a reality.

What was refreshing about the Prague conference was how much independent cinemas recognised the challenge and were willing to take it head on.

The arguments were not about how to stop change but how to seize the opportunities.

Along with all progressive proponents of digital change, the strong sense that came through was that technologies offered opportunities to create closer relationships with audiences.

In other words, exhibitors were saying we are not just a platform but neither are we locked into the culture or the economics of the past.

This is now the era of Digital Cinema.

Its success, the conference suggested, was not just in the interests of renewing exhibition but essential to the survival, and future progress of European film

The first argument for the uniqueness and continuing importance of theatres should be self-evident: cinemas exist in the real world.

Those assets are in short supply in a globalised economy, in which people feel increasingly distant from, and alienated by, the influences over their environment.

Palme d’Or-winning director Cristian Mungiu offered a depressing view of the alternatives if the social space is neglected, explaining how the lack of cinemas in Romania had undermined film and culture more widely.

But, even in more fortunate countries, there was a focus on innovation to constantly ensure that cinemas were in tune with their communities. Cinemas were using new tools to enhance the social experience; to build social resources; and to act as a means of education, participation and job creation in their communities.

Active audiences recognised the value of the offer and were frequently willing to directly support their cinemas.

The conference heard a number of examples of successful crowdfunding and crowd sourcing, including a community loan scheme, which raised more than €500K fund towards improvements to cinemas in the  Les Grignoux group.

Delegates also heard how cinemas were developing their mission beyond the physical space of their theatres.

A number of exhibitors, including Kino Aero in the Czech Republic, were frequent organisers of big-screen events at unusual locations outside their home cities and towns.

Other cinemas were collaborating with partners in networks dedicated to reaching broad audiences with exciting and challenging content, such as the Conversations About Cinema initiative from the BFI Film Audience Network.

And some schemes directly targeted some of the poorest and most culturally deprived regions, such as the Film In Afan scheme in Wales.

The social space of cinema now accommodates many activities but its core purpose remains the showing of a particular art form.

Russell Collins, who runs the Michigan Theatre Foundation in Ann Arbor and is Director of Art House Convergence in the USA suggested that exhibitors had an “aesthetic mandate.”

Again, what marks cinema out as more than another platform is that cinemas are the only places in which films can be seen in the way that film-makers intended.

It is a unique experience that cannot be replicated outside the cinema environment and cinemas themselves had a responsibility to that art form, suggested Collins.

It may seem a traditional, even self-serving, notion of excellence in today’s multi-platform environment. But it is actually attuned to the evolution of digital culture.

Ubiquitous access to entertainment and culture on demand is certainly one essential and disruptive aspect of modern consumer living. It has, however, increased demand for ‘authentic’ social experiences – the strength of live music and sports events are obvious examples.

That experience can be enhanced in many ways, and improvements to screens, projectors, sound systems, etc have been embraced by many exhibitors.

The conference also heard from Jean-Marc Lalo, of French company Atelier Architecture Lalo, about how architecture and building design were creating new kinds of experiences – and opening up new markets in Africa.

The Digital era has enhanced the experience but, just as importantly, it has provided the means to build and nurture audiences.

Some of the most significant advantages offered by digital technologies come in managing the relationship between businesses and the consumer.

Those advantages may be most obvious in the Big Data operations of global giants, such as Amazon, Google and Netflix, drawing on intelligence from millions of individual transactions to shape their offer.

But at a local level, data and consumer interaction, is also having an effect. The conference heard from companies, including Picturehouse Cinemas in the UK and Yorck-Kino in Germany, about dynamic membership schemes and loyalty options, and greater use of personalised marketing.

Such initiatives may help in increasing attendances beyond the core of cinephiles. It might, for example, help in identifying the opportunities for encouraging customers for alternative content, or ‘event cinema’ screenings of opera, theatre and sport to watch more film.

Clare Binns (Programming and Acquisitions Director) and Sam Clements (Marketing Manager), of Picturehouse, both put a coherent argument that building trust with an active community of interest was the best way of creating an audience for more challenging and risky work.

The conference also heard examples from cinemas, such as Cinema Beltrade in Milan, who were actively encouraging their members to contribute to the programming of the cinema.

The danger for cinemas, however, is that serving the needs of the established audience might also alienate the potential audience of tomorrow.

The arthouse European film audience is ageing and winning the next generation is going to be far harder to win, given the range of competitors battling for their time and attention.

One response to those challenges is to ignore them. The first priority might be to focus on the core audience, creating a compelling offer for people who are passionate about cinema today.

Some cinemas are making a virtue out of exclusivity, ripping out seats and creating a more comfortable environment, for which older, and generally more affluent, older cinephiles might be prepared to pay a premium price.

The argument shared with other cultural forms is that arthouse film is something that young people might grow into when they have become bored with Hollywood.

Most, however, see a danger in that thinking, concerned that neglecting a generation of cinemagoers could have far-reaching effects. (Palme D’Or winning director Laurent Cantet said he feared that a generation might already have been lost).

The consequences of that loss may be paid not just by cinemas, but by a European film tradition that might follow other art forms in drifting into the doldrums of irrelevance

On Monday, we will look at what the cinemas had to say about extension into new on-demand media, brand building, demand creation, and a changed industrial and economic ecosystem.